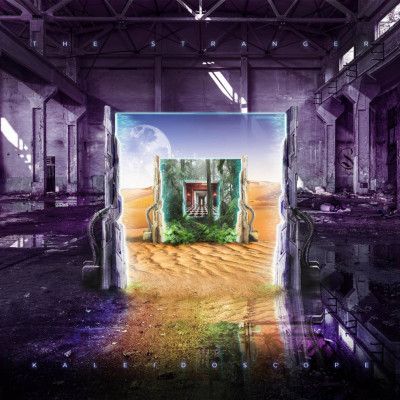 The Stranger – Kaleidoscope: Versatility is their style

In recent years Australia has become the hotbed of progressive music, especially of the rock and metal kind. Bands like King Gizzard & the Lizard Wizard, Karnivool, Caligula's Horse and Ne Obliviscaris put Australia on the worldwide forefront of the genre. Now there are so many Aussie prog bands on our radar that we often can't keep up. We're not complaining, because the output of these bands is of exceptionally high quality.

Brisbane's prog metal outfit, The Stranger, is no exception to this rule. We're more than happy to add them to this new batch of promising bands, ready to ensure the future of Aussie prog.

Their sophomore release Kaleidoscope is the follow up to their self-titled debut from 2017. The cover artwork hints to progressive metal of the purest form, with an aesthetic not unlike what we've seen from Dream Theater. Let's see what's inside.

The album kicks off with synths on ‘Eleventh Hour’, a track undoubtedly about climate change. Themes flirting with activism are nothing unheard of in the genre, but each time a band chimes in, it makes me feel proud. We're on the right side of history while listening to this music. These guys got something to say and guess what, they're damn passionate about it. I applaud that. You can also clearly hear that in this track, right from the start they bombard you with their fire. You can feel the need to make music and get their message out there.

‘The Gemini’ is a melodic track that you'll be singing along in no time. That does not mean the music falls flat at any time. It's very dynamic and funky. Fucking hell, it's funky.

What you'll get with this album is a buffet of everything we love about the genre. This is the perfect blend between Caligula's Horse and Dream Theater, but with the occasional harsh vocals and djent riffs. ‘Jungles’ is a great example of this. The vocals are a joy, both in melodies and timbre. And both of these aspects go all over the place, in a good way. These parts combined, result in an album that's fun and never drags. If anything, we felt like it was too short.

Upon immediate impression, ‘Siren’ gives a feeling of classic heavy metal, but soon the band takes it through different twists and turns. It's the vocals that lead us somewhere else and the groove follows. Seamlessly it evolves into amazingly fun funk-metal. Yes, this is what we like to nod our head to. The vocal performance on this song especially is incredible.

Because of the grooviness, it's all easily digestible on a first listen. But each time we took the journey, we heard something new and exciting. That's the recipe for a great progressive metal album. You'll want to return to this album again and again.

‘Creatures in the Canopy’ is another banger with a melody that won't let you go, the synths having a more prominent role and a groovy harsh vocal part that effortlessly flows into spoken word. The harsh vocals are never used in abundance, they rather function as a kick in the nuts and still they're never out of place. For people who are not into growly vocals, this could work surprisingly well. You hardly even notice it's happening, as if the devil sold you amazingly addicting grooves, but sneakily added some nasty growls.

Title-track ‘Kaleidoscope’ is the slower album closer. We found some hints to Riverside in there, with the gentle touch of the acoustic guitar and the atmosphere they're building. Again, The Stranger shows they are versatile to the core. It's their style. Much like some of the greatest in the game: Haken and Dream Theater come to mind. Once the song fades out, we're only left wanting more of it.

Time to listen to the album once more. And if ever we get enough of it, we still have their debut to discover. So cheers to that, mates! The future of Australian prog is guaranteed!
© 2022 Progresque. All rights reserved