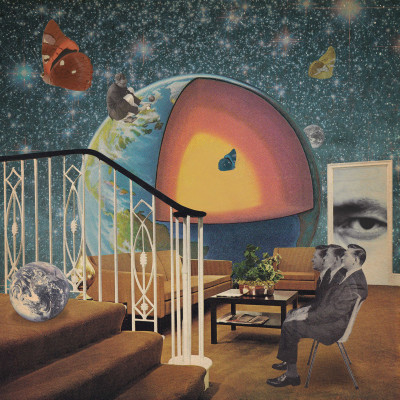 Thank You Scientist – Terraformer: More refined and as fun as ever.

Thank You Scientist became a household name with their 2012 release Maps of Non-Existent Places. Many were surprised by their unique sound and eclectic style of melodic metal mixed with jazz fusion. Four years later they released Stranger Heads Prevail which built upon that same style, but also brought new surprises. It was clear we had a "one of a kind"-band on our hands. Think The Mars Volta mixed with Snarky Puppy mixed with Coheed and Cambria. But in all fairness, that's not even close.

Terraformer is Thank You Scientist's third full-length album. It was released on the 14th of July 2019.

The album opens with ‘Wrinkle’, a two-minute instrumental piece. For how short the track is, it definitely feels like some sort of showcase of what's to come. Very jazz infused and creative. I'm intrigued.

‘FXMLDR’ opens with punchy riffs. Then Salvatore Marrano comes in with his high pitched voice. After a couple of listens, this sure will be a sing-along type of track. For a track that's so dense on the instrumentation, that's surprising. It's also very possible you'll fall in love right from the get-go, as I did.

Every track on the album is recognisable, every track has a unique flavor to it. Thank You Scientist prove once more their style is not gimmicky at all. Every track introduces a new and fresh concept to their music and boy oh boy is it a blast to jam out to.

‘Son of a Serpent’ is a groovy piece with quieter parts. The vocals shine on this track. It's groovy and melodic at the same time. Each instrument has its spotlight, but it shines most when they all come together and build up to one of these amazing melodies.

Slower is ‘Birdwatching’. In the second half of the track you hear breakbeat-like electronic percussions in the background. Never does it take away from the track, though. Everything fits in cohesively. Nothing was left up to chance. Thank You Scientist prove they are masters of their craft.

‘Everyday Ghosts’ starts playful with a varied instrumental part. In the opening verses there's some room to breathe. Once the track opens up you get a blend of funky jazziness and melodic harmonies. It then progresses into more fun progressive goodness, never losing its catchy side.

Right in the middle of the album is ‘Chromology’. It's an instrumental where every member flexes their craft in the most fun way possible. Except for Salvatore of course, I imagine he's dancing throughout this track.

‘New Moon’ effortlessly introduces Asian atmospheres. The track is only two minutes long, but is just perfect as is. We go into the title-track ‘Terraformer’. Also the last track. This track is an overview of what Thank You Scientist is as a band. Strong melodies, very dynamic and fun, lots of fun.

How this band manages to keep you engaged with an album of a whopping 84 minutes, is beyond me. It's a lot to take in, but once you get into it, you'll never want out. Every track is a masterpiece. There simply are no weaker tracks on this album. This is Thank You Scientist in their strongest form, with an even more refined sound. Music just hasn't been this much fun in a long time.

This is a surprisingly short review of a surprising long album. There's just not much to say. It's all on the album. I'm left speechless. Is this my favorite album of Thank You Scientist? Yes. Is it my album of the year? Also yes. What's left to say?
© 2022 Progresque. All rights reserved