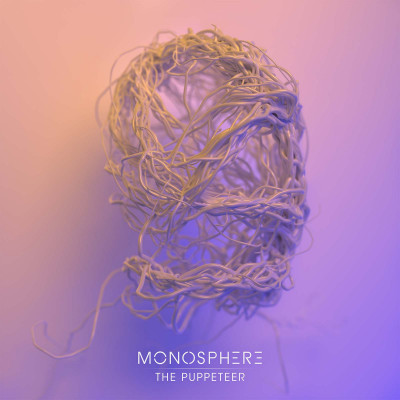 Monosphere – The Puppeteer: A tour de force in emotional songwriting

My excitement for Monosphere's upcoming album The Puppeteer quickly rose after hearing their singles. The German five-piece seemed to layer their strong metalcore foundation with more daring and experimental elements. Eager to find out if this particular blend of extreme metal will hold up on a full-length album I sit down, headphones on.

Title-track ‘The Puppeteer’ starts off strong with the metalcore influences, but slowly reveals that there's more to this album than you'd expect. Subtle textures often crawl to the forefront, giving this album a distinct postmetal atmosphere. Tracks like ‘The Lover’ or ‘The Marionette’ further cement this feeling with their slower build-up and clean vocals à la Amenra.

Palate cleanser ‘No Strings attached’ and the melodic ‘I Am To Blame’ bring an unexpected classical feeling to the album. And with that a whole lot of contrasts. The same contrasts I talked about when Hippotraktor released their Meridian. There's something about these bands that just makes everything fall into place. The marriage between these heavy-hitting riffs with deep growls on top and more fragile emotions was something that I was missing in a lot of postmetal bands, until now. Looks like Monosphere found that sweet spot.

With ‘I Am In Control Part I’ Monosphere remind us that they're also an excellent progressive metal band. It's these moments that catch me off guard with this record. The heavy crunchy riffs and blast beats in the first part of this track definitely go towards technical death metal. This isn't just metalcore or postmetal. There's no label you could come up with that fully defines this piece of music. And then there's the more fragile second part of this same track, which we transition into in a manner Between the Buried and Me would be proud of.

‘I Am In Control Part II’ follows the same path, with more progressive influences, making you wonder what exactly you're listening to. And to me, that's the whole point. Monosphere demonstrate they're masters in conveying emotion, whatever color or texture fits that particular emotion is what they'll use to tell their story.

This album has a big range of emotions thus it also has lots of colors and textures. ‘I Am In Conflict Part I’ even flirts with some black metal. And well, I can't say black metal is my preferred flavor of metal. But whatever Monosphere puts me through here, I don't mind. I like all of it, because the tension arc that forms the backbone of this album is just so well-crafted. This album flows from start to finish. Back that up with equally stunning performances from all members and an A+ production and you get an album that surely will stand the test of time.

Monosphere is a band that ascends from the pack by releasing this dynamic, eclectic album. An album that's all about story and emotion. A polite and well thought-out one finger salute to those wearing blinkers regarding musical genres. Please don't skip over this album, it's well worth your time and will take you on an unexpected adventure. It's especially a must listen if you're into one of these bands: Amenra, The Ocean, Between the Buried and Me, Hippotraktor, Cult of Luna.
© 2022 Progresque. All rights reserved