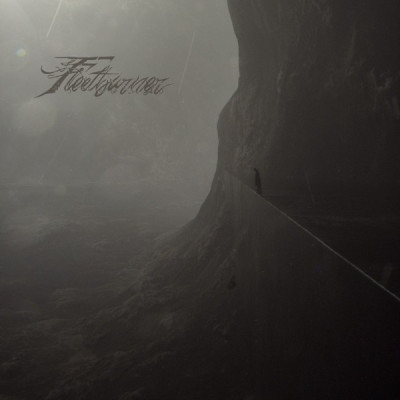 Fleetburner – Fleetburner: A deeply personal journey in the form of a love letter to metal.

Fleetburner is the child of Kevin Storm, a Dutch guitarist whom I've never heard of until today. Will this album be as metal as his name suggests? Reading about Kevin teaches me he has surrounded him with a fair share of international musicians while doing session work for bands as Vulture Industries and Equilibrium. He himself had inspiration to write music and when he met drummer Tomas Myklebust, that came to fruition. From what I read, the duo then gathered bass player Peter Iwers (ex-In flames), Veli-Matti Kananen (Kalmah, One Morning Left) on keys and the unknown Ken Simerly on vocals. The result is this self-titled debut.

Opener ‘The Land’ starts with melancholic piano play. After a short while these eerie soundscapes step in. Maybe not exactly eerie, but they definitely add to the atmosphere being created here. Is this opening track an atmospheric instrumental piece? No it's not, this was just the intro. Vocalist Ken Simerly makes the immediate impression that he wouldn't be a bad classic heavy metal singer. Like, at all. His voice is soft and beautiful, but I can't shake the feeling he can go multiple directions with it. The songwriting on the first track is excellent, with influences from classic rock to prog to melodic death metal. An intriguing opener, that sets us up for more to come.

‘The Beach’ starts calm. Melancholy is a crucial part of this track right from the start. It also fits perfectly well with the artwork of this record. By now I'm sure melancholy will almost be one of the core components of this album. Once the track begins to build up, it becomes clear it is very emotionally charged. Right at that moment the sheer musicianship begins to shine, with obvious progressive elements. From the shredding guitar-solo to the beautiful vocal melodies, the harmonies are delicate and intricate at the same time.

‘The Breakwater’ throws me off guard. The beginning of the track sounds like something from the catalog of Bono. I made this association because the timbre of Ken's voice is similar to that one of Bono here. Luckily I get past that idea quickly, which is also confirmed by the music. It takes a darker turn and becomes a whole lot more interesting soon. The track opens up beautifully. It's heavy, it's inspired. Just over halfway, the track transports me to a beach where a cold sea breeze tickles my ears. Oh, now I see. The band is called Fleetburner. Songs are titled ‘The Beach’ and ‘The Breakwater’. It all fits into a concept. Looks like we embarked on a journey.

‘Open Water’ opens with these bright tones and soon shows its true face of classic heavy metal. This also fits in with the themes in the lyrics. There's a hint to some Iron Maiden here. I also hear influences of symphonic and death metal. Fleetburner obviously doesn't care about the boxes of genres. It's obvious these guys have a love for metal. They took the best elements of the genre and made the best stew they possibly could. Damn, is it tasty.

‘The Fleet’ opens quietly. We indulge ourselves deeper into the eclectic stew Fleetburner presents. Influences from progressive bands like Opeth or Katatonia, float to the surface. But there's so much more.

‘The Passenger’ takes a darker turn. The music balances between very dark and very bright at times. As does life. This is definitely a deeply personal album. The album presents itself as a journey and never do I doubt the genuineness of the storytelling.

In the beginning of ‘The Course’ I find myself musing about my childhood. It then opens up big. Dreamy melodies. This has a clear influence from classic rock. Sometimes I find myself not being a huge fan of the vocals on this track, it feels off. I don't mean in the chorus, that's just beautiful. While writing my critiques for this track, I just lost track of what my point was exactly. The track just wins you over. There's fragile violin and piano playing here, there's hints to doom and even black metal. This is an adventurous exploration and the result is cohesive, that's not something that happens all that much with bands these days. When it does happen, it feels like magic.

‘Below the Waves’, ‘The Deep’ and ‘The Endless’ just had me sucked in. This is the finale of the album. For some albums that would mean you are already in snooze-land. But not this one. It's still a blast to listen to. ‘Below the Waves’ borrows most from black metal but has amazing infectious vocals, nothing you can really sleep to. Then there's ‘The Deep’ with it's Maidenesque solo, who wouldn't love that? Don't be mistaken, ‘The Endless’ is the true closer of the album. This track truly energizes you. You get the feeling of hope. There is a future. Let's make the best of everything we're given, from here we sail on.

Fleetburner is an absolute journey of an album. Everything flows so well together. It is emotional and personal. At times it's dark and at times it's bright, but at no time is it an album you want to miss out on.
© 2022 Progresque. All rights reserved