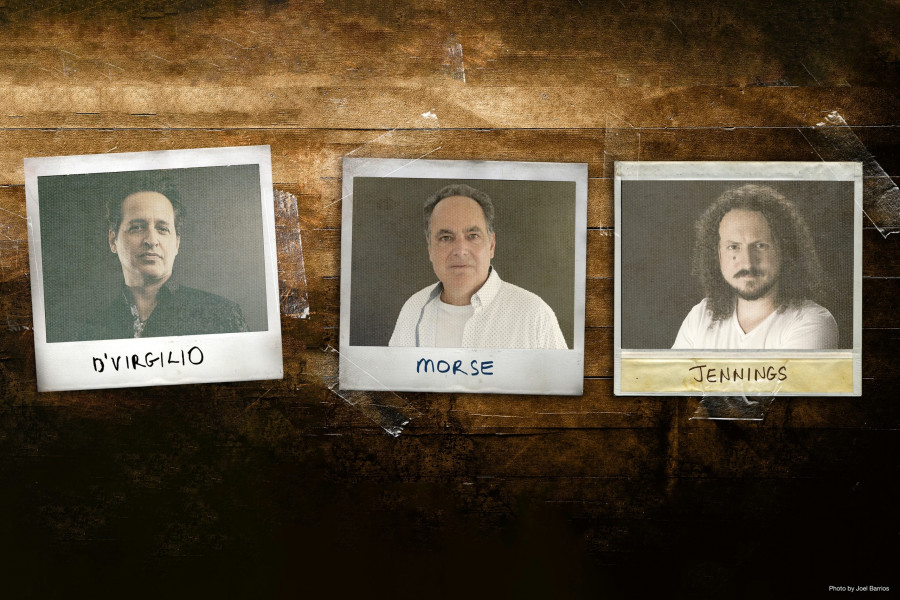 Teaser Supergroup New single
Nick D’Virgilio (Big Big Train, ex-Spock’s Beard), Neal Morse (Transatlantic, NMB), and Ross Jennings (Haken, Novena) have released a teaser video featuring a teaser of their song Julia for their upcoming album Troika, which you can listen to below.
It’s the first chance fans have had to hear the pairing of the three prog vocalists on their new project. The trio will release their debut album, Troika, through InsideOut Music in early 2022.
“Neal and Nick and Spock’s have been a huge influence on me,” Ross Jennings told Prog Magazine. “So to be asked to be in that Spock’s sandwich, sort of in the middle of this reunion of sorts, is such a surreal thing.
“All I can say is don’t expect Spock’s meets Haken. It’s really about our three individual personalities as songwriters. I would say it’s more akin to Crosby, Stills and Nash – that kind of vibe.”

Julia will be released as a single on december 3rd. Fans can pre-follow the band on digital services here.
© 2022 Progresque. All rights reserved